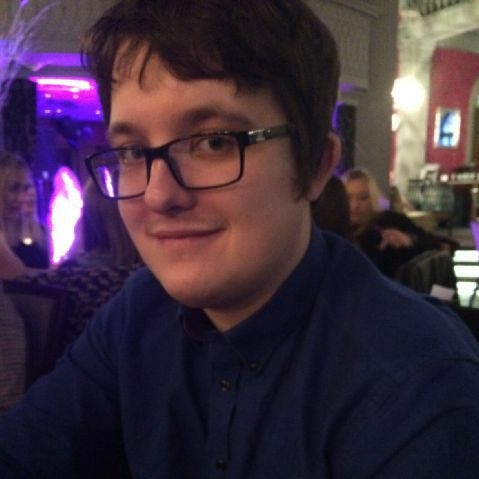 My name is Andrew David Compton. I was born on September 9, 1994 in Southampton, United Kingdom. I studied at Upper Shirley High School during 2006 - 2011, garnering around 16 GCSE qualifications (many of them meaningless) and then studied at Brockenhurst College from 2011 - 2013, achieving A Levels in Film, Media and English Literature. I started a Foundation Diploma in Art & Design course at Arts University Bournemouth during September 2013, but dropped out after around two months as I felt unhappy, bored, and instead wished to practice making my own film projects whilst working full time. I returned to university as a mature student in September 2019, this time studying Film Production at Solent; it's been a much better experience without a doubt.

Every About Me page has to open with that, right? But now, we get onto the important stuff. As it may be apparent to you by now, I have a strong interest in the art of filmmaking. To me, it is a portal into limitless creativity and one that has an unmatchable appeal. Anyone can grab a camera and film some random nonsense, but it also takes little resources, money and team members to formulate a meaningful and artistic piece of film. It's such an easy thing to enjoy and allows for endless limits and unimaginable excitement.

I was known to many as Gameking53, my former Youtube account where I made video game related videos, such as reviews, top ten lists and comparisons. It became rather famous on the interwebs, with over 4000 subscribers and at least 1000 views per video. Despite such success, I closed the channel in August 2014 as I simply did not wish to monitor or be associated with it anymore. Thanks to everyone who supported it during its seven year run, but now is the time to move on.

My love of cinema is simply infinite. Whenever people tell me they don't go to the cinema much, I say: why? Every year new and exciting films come out, box office records are made and people debate and discuss over the latest hits. It's a wonderful atmosphere to be a part of and is one of many reasons why I love film so much. I'm also a huge footie fan, and a loyal supporter of Southampton FC; again, the atmosphere surrounding all the latest football competitions and events is one I adore being part of.

My blog is your gateway to my latest movie reviews, memoirs and news on my personal filmmaking projects. My CarrCom Films channel has been active since 2012 and is where all my latest films are uploaded. Check it out, and thanks for stopping by!