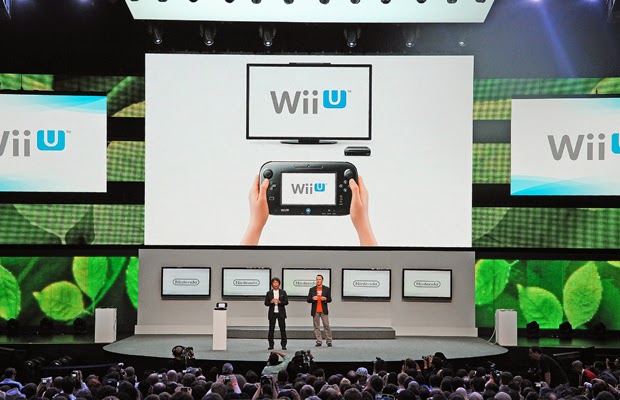 Nintendo had me won over completely by the end of their E3 2011 conference, with a slew of brilliant 3DS titles shown and, as the delicious cherry on top of the cake, the announcement of their upcoming eighth generation console, the Wii U. I was initially pessimistic toward the massive controller and its lack of games upon announcement, but in hindsight it was early days, and as time went on I grew to appreciate the console a lot more.

So, with all the rumours and speculation, I expected a lot of awesome Wii U games to be presented at Nintendo's E3 2012 conference. The main rumour that grabbed my attention was one of an upcoming game by Retro Studios, which could have been a Zelda or Starfox title. I also had my own personal wishful thinking that, after so many bloody years, a new F-Zero would be announced.

Boy, was I disappointed.

The conference started with style, featuring a nifty opening video depicting the man himself, Miyamoto, preparing to go on stage as little Pikmin characters crawl after him, one slipping into his jacket pocket. It then cuts to the stage itself, where he walks in and introduces Pikmin 3 for the Wii U. I myself aren't very big on Pikmin, having only played the second game very briefly, but I was impressed with the stunning visuals and the creative gameplay elements represented. I'm definitely not jizzing with excitement, but it was a great way to kickstart what seemed like a great conference. 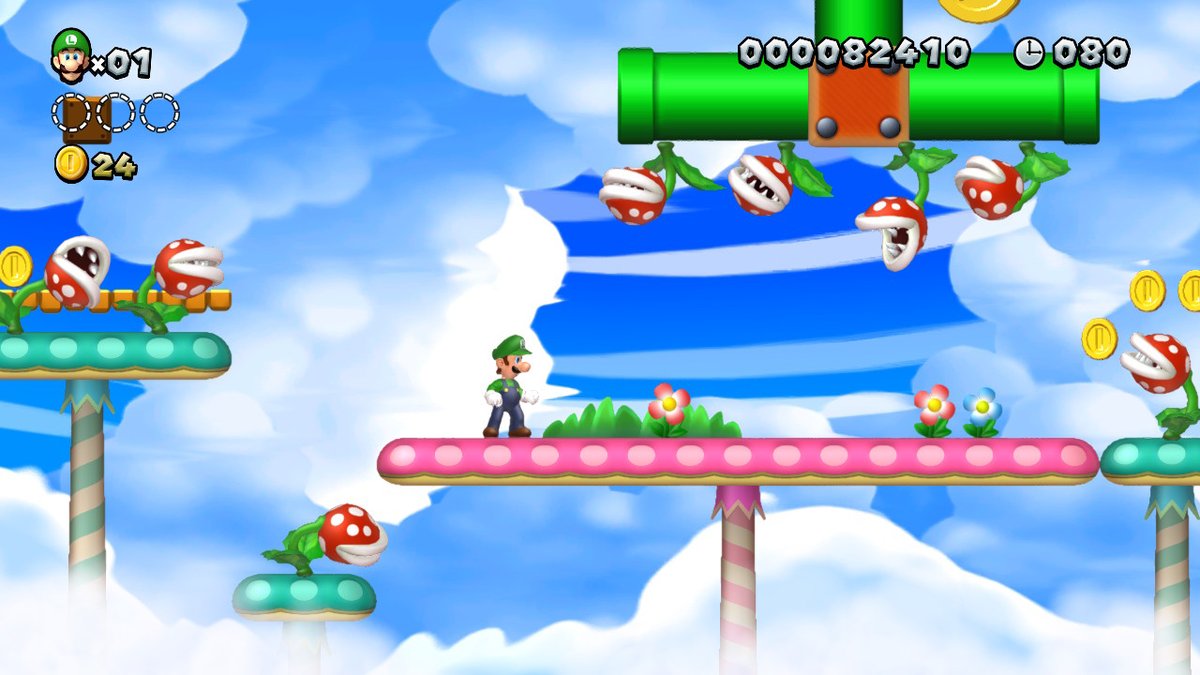 New Super Mario Bros. U looks like a fun game, but what was shown looked like New Super Mario Bros. Wii with a few new elements. Don't get me wrong, it looks cool and the visuals are exuding with colour and charm, but it's not enough to truly get me excited. I'm sure I will buy it and enjoy it, but with this and the announcement of New Super Mario Bros. 2 on 3DS, this formula seems to be getting a little bit old now.

After the aforementioned announcement, Nintendo's first party titles slipped down the toilet and third party ruled over. Batman: Arkham City Armoured Edition was one of the first announcements from third party developer Warner Bros. Interactive, promising to provide the same experience of the original 360/PS3 game but with added features thanks to the Wii U Game Pad, such as selecting weapons and using them in a number of ways. I'm certainly keen to try this one out, but as we all knew it was coming, it didn't exactly overwhelm me. Some other third party titles unveiled like Rayman Legends, Lego City Undercover (which I have to admit looks fantastic visually and a lot of fun gameplay wise) and ZombiU also looked rather impressive, albeit not mind blowing. The latter didn't look particularly innovative, but the creepy atmosphere and fun looking gameplay made it one of the better titles revealed at the presentation. 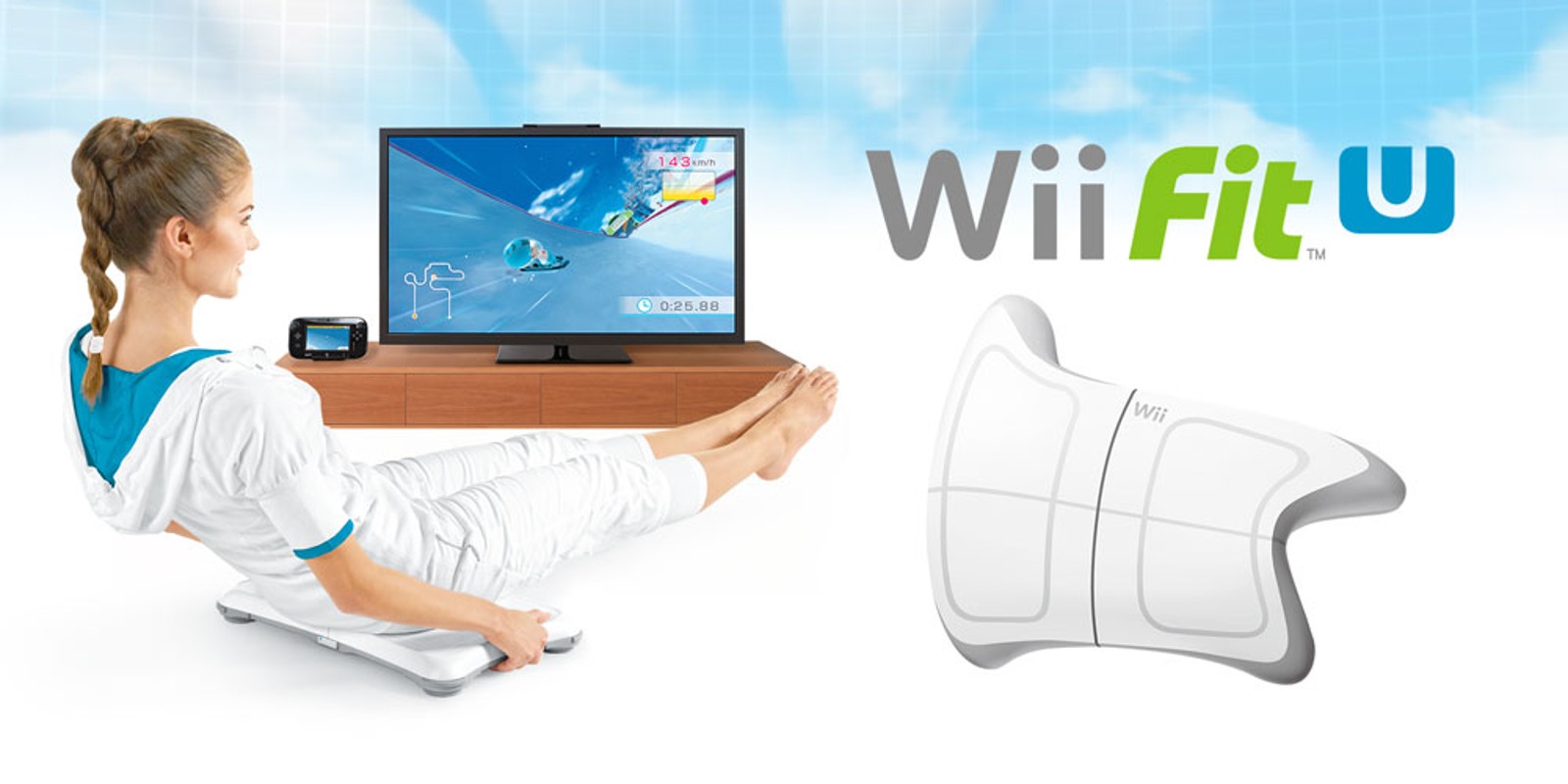 The conference was ravaged with disappointment, however. Wii Fit U looks like nothing more than an updated version of its Wii predecessor and will undoubtedly shift a ton of systems, but it honestly didn't excite me at all. As for Sing, I was simply erupting into tears when that shitty video began to play; what kind of thing is that to show at E3? It was just embarrassingly silly.

The 3DS was shunted aside in favour of the Wii U, getting around 10 minutes of time devoted to its games which included Luigi's Mansion: Dark Moon and Paper Mario: Sticker Star. Both were glossed over a little, which I expected, but what was shown impressed me immensely; it's just a shame hardly any time was given to Nintendo's latest handheld, though it was good to hear that it will be getting its own conference tomorrow.

I await the killer announcement at the conclusion of the presentation, and what do we get? Nintendo Land. This game combines a selection of renowned Nintendo franchises into a number of minigames that help demonstrate the capabilities of the Wii U Game Pad, much as Wii Sports and Wii Play did with the Wiimote and Wii Sports Resort did with MotionPlus. It certainly looks pretty, and much more engaging that the bland Wii Sports, but the level of detail put into talking about it drove me insane; it seemed Nintendo thought this would win everyone over and so would not shut up about it, bombarding us with endless clips and instructions. It was a boring presentation, and the game didn't excite me at all; I'll probably enjoy it for a week or so before it collects dust. I know I sound dickish, but it honestly doesn't look that special.

Yeah, I was disappointed. E3 2010 and 2011 were awesome moments for Nintendo, yet the attempt to gain a hat trick has failed miserably. Some good games were unveiled, but no killer announcements came to fruition, making for a bland and predictable conference overall.

The fact that we didn't get any Metroid, Zelda, Starfox or F-Zero is enough for me to kill myself. Goodbye, cruel world.
Written and posted by Anonymous at 7:33 pm