I've never been the biggest fan of Halloween, but it has been a tradition since my blog began in 2011 to post a movie review of a scary film on the day. The Woman in Black in 2011, Batman Begins in 2012...but what next? Rather than do what I've already done, this time I shall present a small list of some of my favourite horror movie villains! From the good to the great, here they are! 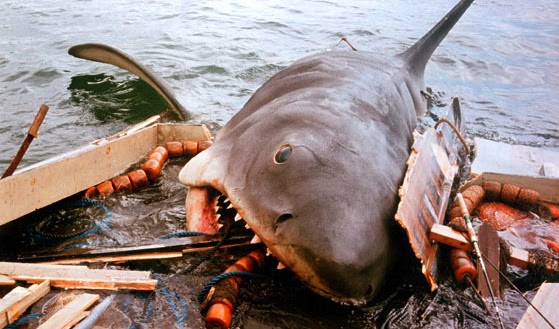 In what way is this guy scary? The model shark is beyond outdated, and looks especially ridiculous when the tubby fish leaps onto the SS Orca to devour a terrified Quint in the epic climax. The crew faced continuous problems with getting the model to work and so it was much preferred to suggest the animal's presence instead of showing it on every occasion. The appearance is a little odd, but the idea is a classic toying of people's fears: sharks in the water. Jaws is generally regarded as a film that spearheaded the immense fear of Great Whites, which are terrifying enough without the idea of them infesting beaches and eating everyone. The shark in Jaws remains a terrifying signifier of this paranoia, and the amount of tension conjured whenever it arrives in a scene is sometimes too intense to handle.

More of a secondary villain than the central antagonist, Insidious' mysterious female ghost appears in several frightening segments of the film, including the unveiling of protagonist Josh Lambert's childhood photos, showing glimpses of her lurking in the background. She then returns in the climax of the film as a silent spectre hidden in the shadows, eventually consuming Josh's body when he tries to make it back from the Further. Though she doesn't contribute much to the overall plot, the woman is still extremely spooky in appearance, and the concept of her creeping up on Josh in his past photos is rather disturbing.

A terrifying alien from god knows where, The Thing is a strange creature that leeches off unlucky hosts and alters its appearance accordingly. It launches its threatening attack on an Atlantic research base by dwelling inside a dog; a dog which hideously mutates when the alien emerges and becomes a deformed beast with an arsenal of gooey tendrils. As the film continues, the alien begins to move on to other hosts which causes a great deal of tension to emerge between the protagonists, who can never be sure where the creature is hiding. The very idea of that the creature lives within you and completely deforms your body upon emerging is bad enough, but seeing the extremely convincing prosthetic effects rip humans to pieces, bite off heads and arms and emit spooky roars is what truly makes the film such a terrifying ordeal. 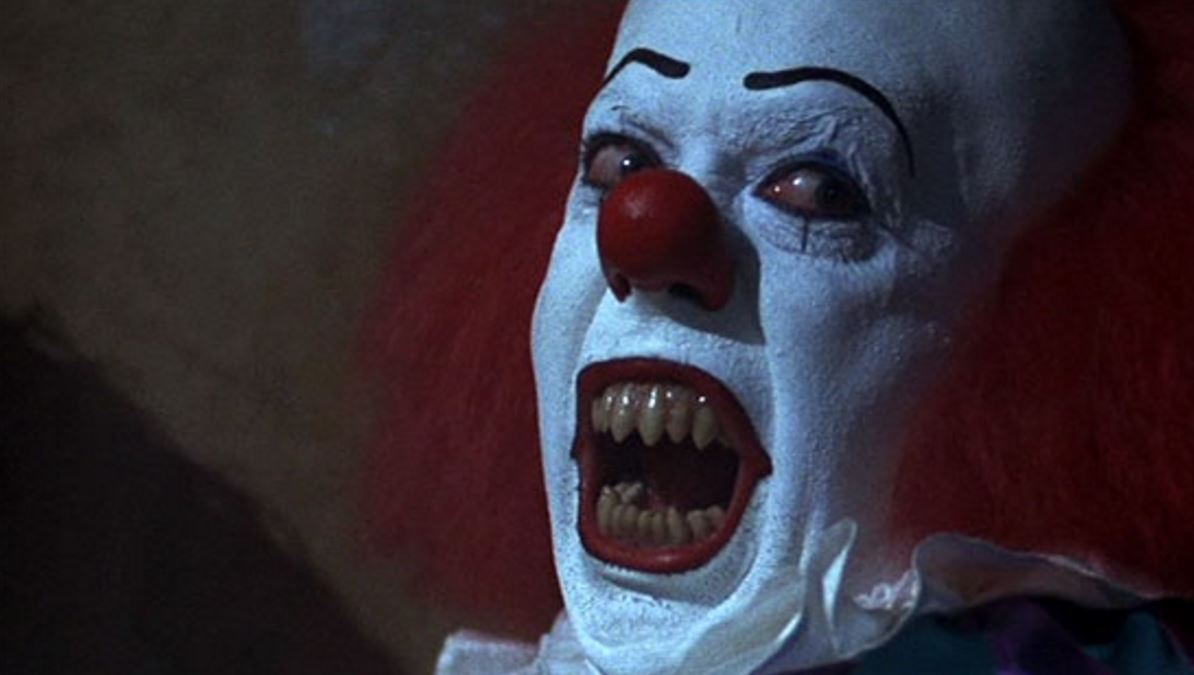 Though the television film sucks overall, Tim Curry's portrayal of the sinister Pennywise in Stephen King's It stands out as one of its most impressive factors. Clowns are scary enough, but imagine one who eats children with spiky brown teeth and has a freakishly innocent theme tune, a rather deep tone of voice and a dark sense of humour. Tim Curry's performance as the villainous clown who haunts children into their adolescence is extremely unsettling; say what you want about the crappy film, but Pennywise is still one scary dude.

#1 - Jennet Humfrye / The Woman in Black

Though the character was reasonably freaky in the 2012 adaptation of the novel, the 1989 rendition of The Woman in Black perfects her character as one of mystery, subtlety but downright scariness. Renamed Jennet Goss in the film for some stupid reason, her story begins with the birth of her only son Nathaniel whom she gives to her sister when it is evident she is unable to care for him herself. Jennet initially accepts the decision to have Nathaniel know nothing of his true mother, but eventually concedes and kidnaps the boy from their remote house on the causeway, drowning with him in the marshes when the frightened pony pulling their trap veers off course in the intense fog.

She is reborn as a menacing spectre known as The Woman in Black, haunting the small English town of Crythin Gifford and causing the random deaths of many children. Protagonist Arthur Kipp's becomes tangled in her affairs when he is tasked with retrieving legal documents from the haunted Eel Marsh House, leading to a series of terrifying events and his eventual death. Not only is her ghostly look perfect, but The Woman in Black's sporadic appearances and monotone facial expressions make her an extremely unsettling and perfect horror villain. You're never sure when she's going to show up when viewing the film for the first time, and the emphasis on placing her in the background makes it even more chilling.

Thanks for reading, happy Halloween!
Written and posted by Anonymous at 7:22 pm