Mario Kart 8 sold 1.2 million copies worldwide during its first weekend, and boosted Wii U sales in the UK by 666%. Anti-christ reference aside, that's pretty damn impressive. Everyone is currently in love with the game, especially myself, but it isn't devoid of flaws. I could go on all day about the beautiful graphics, improved AI, amazing tracks...but that's just repetitive nonsense, right? Ranting about the bad stuff is always more fun, so here are seven things that ticked me off in this game. Brace yourself. 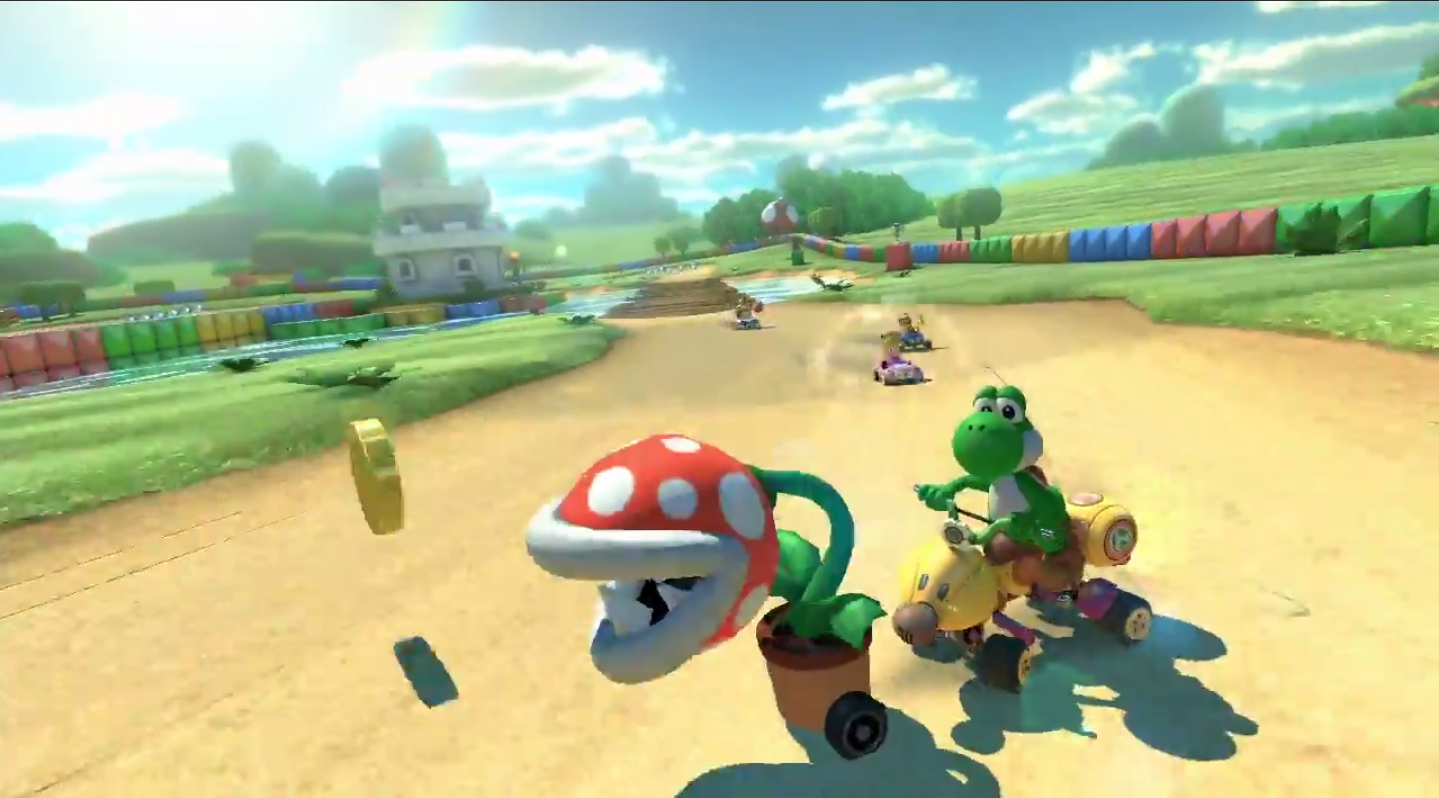 This isn't a flaw that makes me scream in frustration, but rather laugh my ass off. Whenever I bust out the Piranha Plant, tears flood my eyes as I admire it eating everything in its path - other racers, coins, stray items, and even the Blooper that sprays ink on your screen. Nothing can escape its wrath during the ten seconds or so that you have it - and while it's awesome to assault others, the simple fact remains that it is overpowered as hell and needed to be toned down a little. Much like the ungodly annoying Bullet Bill, this item can carry the most appalling Mario Kart racers past the veterans in an instant, despite them performing poorly for the majority of the race.

Some people criticised the hang gliding segments in Mario Kart 7 for only providing a superficial illusion of variety and not really innovating the formula. I'm all for the the hang gliding, but I propose a good idea to further justify its existence: make it so Red Shells, Lightning Bolts and other items cannot hurt you when you're gliding. While this may seem greedy, it would certainly make the hang gliding portions of the track more justifiable and less of a dramatic risk. Remember when you hop into the cannon in DK Mountain and no items could harm you? Now on the cannon in Sweet Sweet Canyon, and the similar launcher in Rainbow Road, Red Shells continue to pursue you and can knock you straight to a grizzly demise. This practically makes the hang gliding segments the worse place to be during hectic races, and removing items from play during them would be a much better concept. 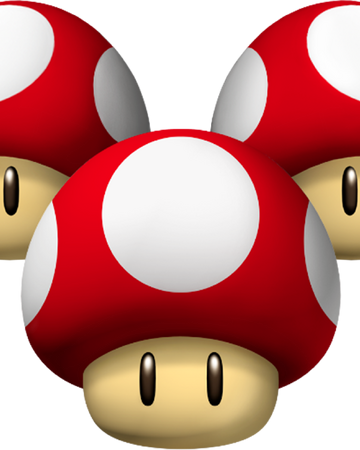 Mushrooms and Stars are more common than ever in Mario Kart 8, which can create some irritating balancing issues. Whenever I use a Star, I find the once amazing boost of speed is now entirely absent - I seldom catch up with the players in front of me, and I've had as many as three people behind me gain Stars at the same time. Mushrooms suffer a similar problem; while they may not be as weak, they are ridiculously common, meaning you can't drive for three seconds without someone boosting past you. The fact that everyone is doing it really dilutes the advantage they give you, making them sometimes useless in chaotic races. 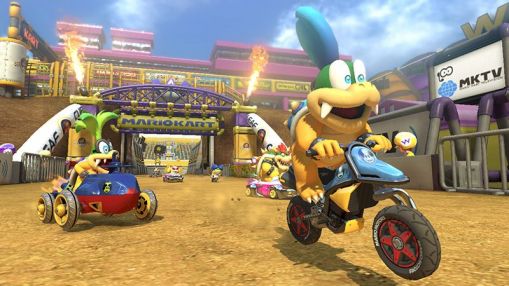 Bumping was a astronomical annoyance in Mario Kart Wii - a small nudge from a larger character could send you soaring off the edge of a course in a split second, especially when the other character is at high speed. Sadly, bumping remains a serious problem in Mario Kart 8 - when 12 player online races begin, everyone speeds off at once and the amount of bashing between karts is so incredibly irritating that it makes me want to throw my GamePad out the window. This is the biggest problem I have with the game - it is such a pain to be racing along, then have everyone slip stream your ass and hammer down the item button with a Gold Mushroom, zooming past you on a cluttered track and knocking you off the edge or into a wall in less than a second.

I don't care how uncommon this item is - and I will not praise it simply because it is satisfying when you're the one dishing out the attacks. I stand by this opinion when it comes to every Mario Kart game, but online in Mario Kart 8 is where it has annoyed me the most: triple Red Shells should not be a thing. It is the cheapest and most unfair item, rivalling the much hated Blue Shell. The amount of times I have held a comfortable lead on the final lap and then collapsed into 10th place because of three consecutive Red Shell impacts is ludicrous. I hate this item. 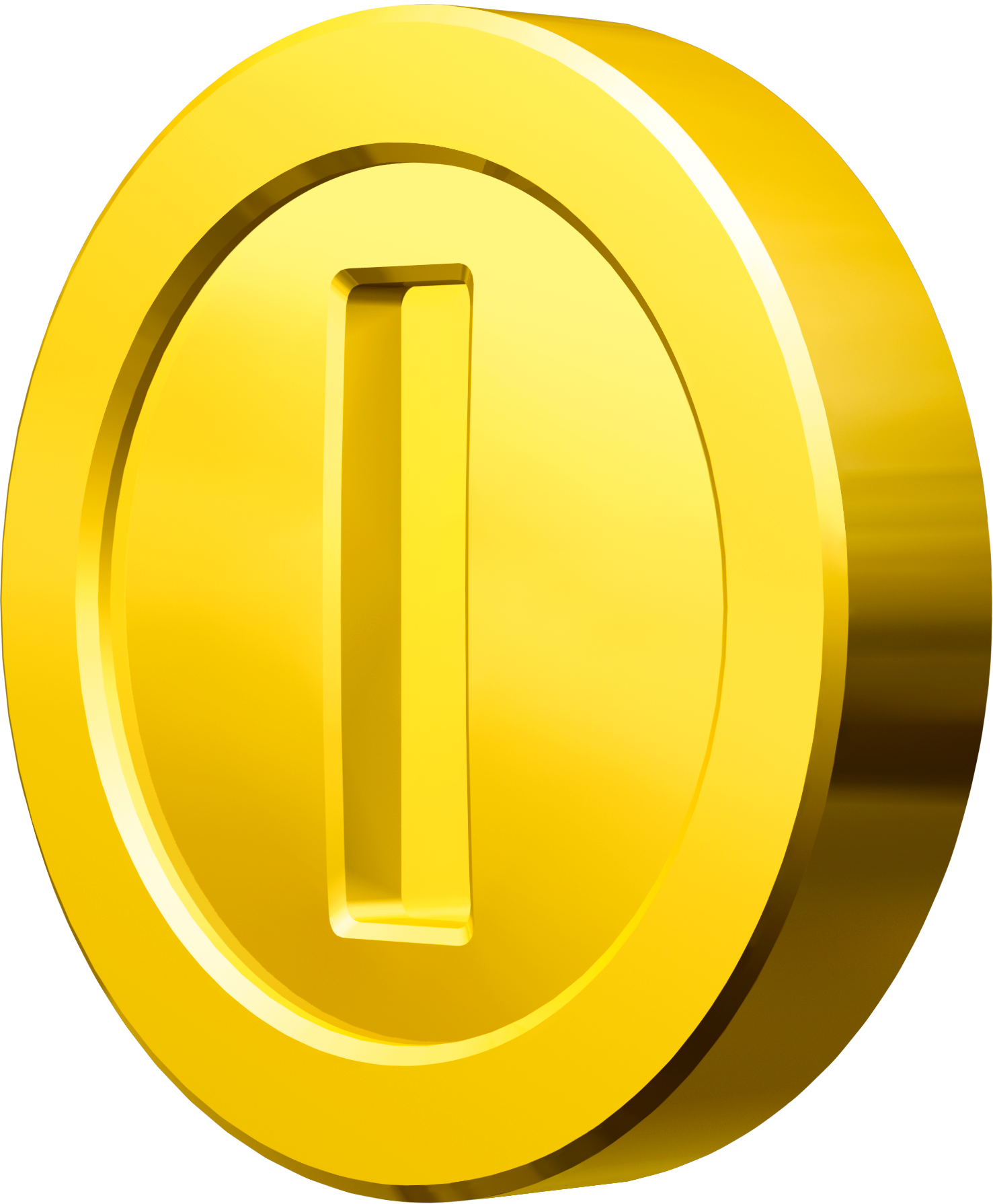 I have absolutely no problem with the coin being an item in Mario Kart 8. Coins are valuable as ever in testing online races and being able to acquire two of them this way is a useful addition. The problem is that the item is given to you at pure random without understanding the context of the race. You can have 10 coins - the maximum amount - and still get a coin item. Hell, you can have ten coins and be in first place and still get the coin item. The latter is where you'll really understand the annoyance of this, as you'll be dying to quickly get an item to use as a Red Shell defence but the game will often give you coins just to subversively mock you.

Mario Kart 8's online mode is absolutely fantastic, offering one of the best multiplayer packages to date for the Wii U. While generally smooth and sturdy, the online understandably isn't without latency issues. This wouldn't be a big deal if the lag didn't create some really irritating scenarios. A lot of people are talking about this so I'm glad it's not just me whining; items such as Red Shells and even Stars sometimes appear to do nothing when you hit other players. That player will appear to be hit by the item, but will not come to a complete stop and will merely flip over and remain at speed, as if the item did absolutely nothing.

Now it's possible that the game is perhaps incorrectly displaying what is actually happening, and your item did not hit the person at all - which still makes no goddamn sense as the victim will drop their coins. What's most annoying is how it can drastically affect your perception of the race - you're using items to try and climb into first, but they're not doing anything. How do you know what's even happening? How can you use items and plan ahead to win when the game isn't displaying the other racers properly? This glitch is uncommon, but when it happens you simply have no idea what's going on. I hope it can be patched in future updates.

After reading this you may think I hate Mario Kart 8, but trust me, I really like it. It's not perfect, but I'm just nitpicking, and my temper is on par with Donald Duck so perhaps this game isn't always the right one for me to play. The Mario Kart formula is something you really have to accept before you can enjoy the games - skill and luck both have an equal input in the outcome of the race, and this affects every player, which in some ways is what makes it so much fun. At the end of the day it's not always about winning - it's just a game, so who gives a shit.

Thanks for reading!
Written and posted by Anonymous at 5:51 pm