The Spider-Man film franchise has journeyed down a rocky road since its birth in 2002 - Sam Raimi's trilogy achieved great success twice in a row and then tanked horribly on its third outing, and Marc Webb's rebooted series has received lukewarm reception to say the least. Five films currently reside in this franchise and so, in the spirit of previous posts of mine, we shall take a look at each and rank them in terms of quality... 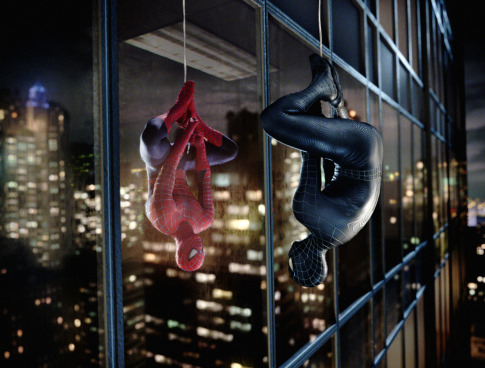 Spider-Man 3 has some fantastic action, but the story is where everything falls apart. Peter Parker has changed from a likeable nerd to a smug idiot, and Kirsten Dunst is ten times more annoying as Mary Jane; who has become a useless, hypocritical, manipulative bitch that we are still expected to like. An overabundance of villains is of course the most widely discussed flaw: Venom, Sandman and Harry Osborn as the New Goblin fight Spidey in a story that just cannot focus on anything and one which is built off too many contrivances. It has good intentions, but ends up being a massive letdown.

The rebooted stage of the Spider-Man franchise seemed promising after the outstanding casting and the announcement of the Lizard being the main antagonist - this could surely be a reboot as good as Batman Begins, right? Well, not exactly, but The Amazing Spider-Man is not a bad film whatsoever. It's well directed, brilliantly acted and does its best to deviate from the 2002 original. However, the plot gets more nonsensical the more it goes on, particularly as the Lizard's evil plan comes to fruition, and it all wraps up with a clumsy final act. The film frequently recycles dated genre cliches and also takes a leaf out of Prometheus' book: leaving audiences watching the credits with tons of unanswered questions. Had they stepped back, focused on fine tuning the script and stopped being so friggin keen to shit out this movie as quick as possible, we may have got something much, much better.

Nobody doubts that Sony are rushing to build an Avengers-esque franchise as quick as possible; third and fourth films in the Amazing series are already being developed and a Sinister Six spinoff arrives in 2016. The Amazing Spider-Man 2 was released less than two years after its predecessor and became the lowest grossing Spidey film while receiving lukewarm reception to boot. The canvas is way too crowded with extra characters, and this is after some had been cut out, but whoever cast this film was inspired. Everyone fits the roles perfectly and while some contrivances disrupt the flow of the story, it's a lot more interesting than its predecessor and boasts some fantastic action sequences, as well as villains who ended up being a lot better than they were advertised to be. 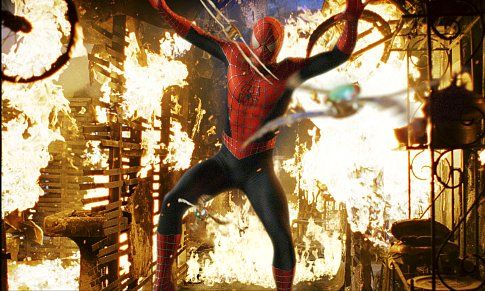 While Batman and Superman had their live action film debuts years previously, 2002's Spider-Man arguably triggered a mainstream appreciation of high budget superhero films after it earned over $820 million worldwide. Sam Raimi takes the iconic superhero and brings a fun and occasionally dark story to life with some stylish direction. It can sometimes feel a tad sluggish as we wait for Peter Parker to don his alter ego, but regardless, a threatening villain and satisfying emotional focus make this still one of the best superhero films to date. 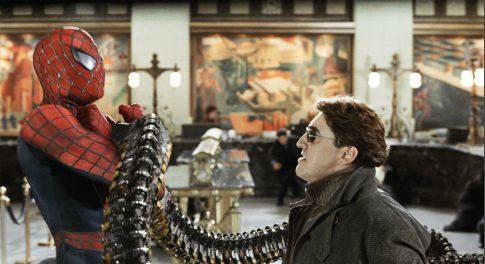 It's the cliche choice for sure, but one that's undeniably true: Spider-Man 2 is not only the best film of the franchise, but even one of the best superhero films of all time. It employs an even deeper focus on the emotional burden of Peter donning the Spider-Man persona; he fails at school, loses his job and even the love of his life. This complexity brings a stronger level of humanity to the story, and makes every scene entertaining, so we're never bored waiting for the action to begin.

Alfred Molina's portrayal of Doctor Octopus is magnificent to say the least. His design is spot on and the effects used to craft the mechanical arms, using both CGI and prosthetics, truly bring him to life. The bank fight and train fight are two of the most iconic scenes in superhero history; it makes absolutely no sense how a normal human villain can take the superhuman blows of Spidey (don't give me the Spidey pulls his punches bullshit), but hey, whatever. This film remains one of my all time favourites.

Thanks for reading!
Written and posted by Anonymous at 5:58 pm