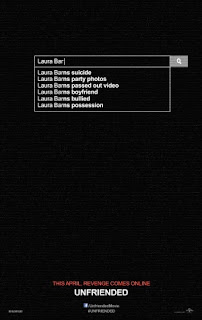 When a humiliating video involving a young woman named Laura Barns goes viral on the internet, the subsequent mockery and harassment forces her to commit suicide. Now, a year on, her friends engage in a casual meet up on Skype, but are joined by an unknown visitor; with no name, no icon, and no voice. Their efforts to remove the stranger from their chat prove unsuccessful, and what they initially believe to be a hacker evolves into something far more sinister - which will eventually challenge their morals and bring forward more shocking revelations around Laura's tragic death. 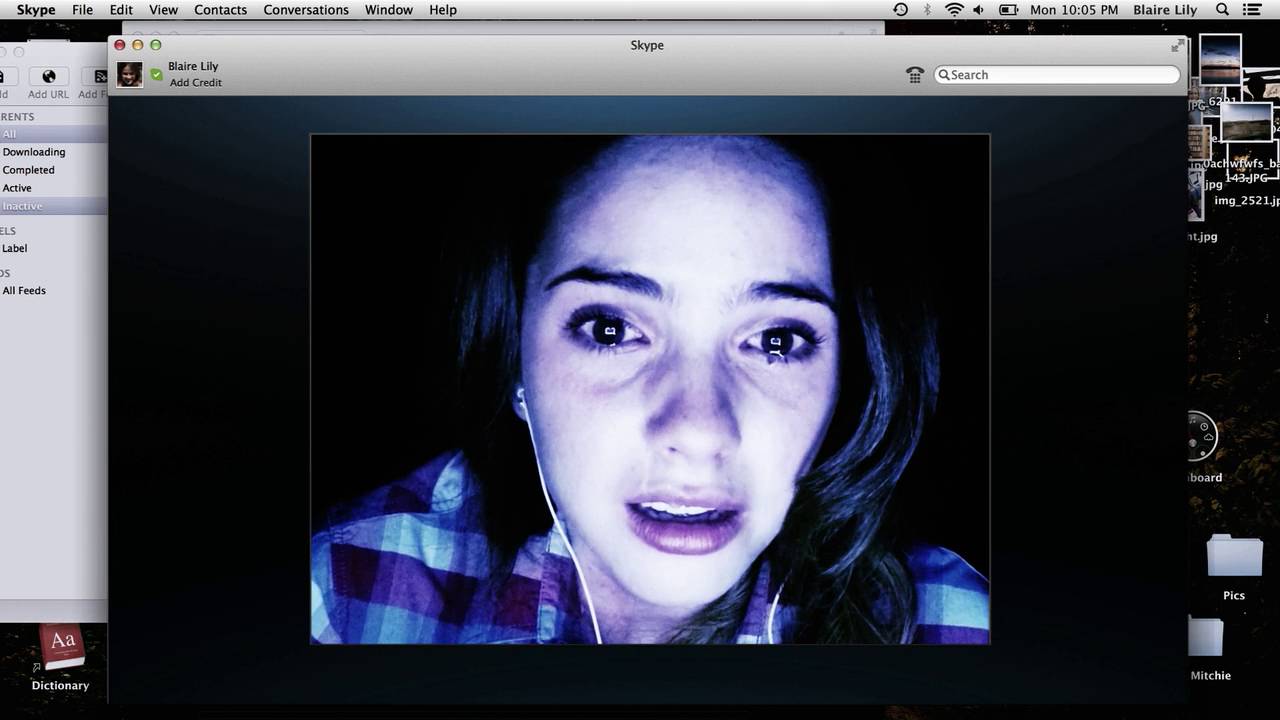 That is the central premise of Unfriended, a supernatural horror flick that uses the found footage premise to tell it's story. Of course, the found footage horror genre is becoming one of the biggest clichés in cinema history, and something many audiences have grown fed up with. Unfriended, surprisingly, does manage to transcend the gimmick with a unique twist - the entire film is set solely on a laptop screen, with computer cameras portraying the characters and their surroundings via Skype chats. You may think that sounds tacky and incredibly boring, but once the story gets going it proves to be a surprisingly effective technique. It's through this that the filmmakers convey an interesting outlook on the consequences of cyber bullying on a personal level, and demonstrate the secrets and aggressive confidence that users adopt when hidden from direct confrontation.

Unfriended blends traditional horror jumps with some extremely disturbing (yet brilliantly staged) gore, coupled with a generally consistent tense atmosphere. Something as simple as receiving messages from an unknown user and the confusion this yields is developed into something extremely creepy when more revelations take place. It's a shame that the script struggles in the middle due to a lack of focus and protracted shouting matches between the characters, but in general Unfriended offers some great scares and a fairly engaging plot, backed by an energetic cast. It's been a while since a horror flick freaked me out the way this one did, so I came away very satisfied.

Written and posted by Comptinator at 5:27 pm