So, as we all know, yesterday was a big day - the 20th anniversary of one of Nintendo's biggest gaming franchises, Pokémon. To celebrate, the first games of the series, Pokémon Red and Blue, have come to the 3DS Virtual Console, with hopefully many more to follow.

As a celebration of this awesomeness, let's have a look over the rich history of the series. Here is my ranking of each generation in terms of preference...

In 2013, Pokémon Y became the first installment of the franchise that I played, grew bored with before completion, and eventually traded in at a decent price. I never found it as compelling as it's predecessors, namely due to a lack of true innovation and an uninteresting, lazily rehashed story. It fails to generate much interest and doesn't (ahem) evolve the franchise outside the obvious technical advancements that the 3DS can bring to the table. Everything just feels samey and for a leap to a new console, you'd expect a much bigger upgrade outside of aesthetic changes. The concept of Mega Evolution was a promising inclusion, but perhaps more could've been done with it. Still, as time goes on, DLC is becoming more common and a number of new Mega designs are making their way into the mix - many good, though some bad.

The remakes of the this generation included Alpha Sapphire and Omega Ruby, based on the Generation III titles Ruby and Sapphire, and their third iteration, Emerald. These remakes blended the 3D updates that the new system had to offer with a refined narrative adapted from the original GBA games, though, again, perhaps more could've been done to accomplish the goal of truly innovating this age old formula. More Mega Evolutions are introduced, the Primal Reversion concept is cool, and it's as addictive as ever when it comes to building up the Pokédex, but still, we need to see a fresh change of pace from here on with the advent of Pokémon Sun and Moon. 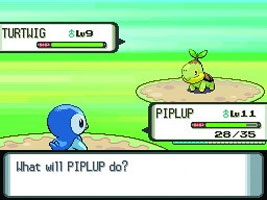 Pokémon Diamond and Pearl, and the third iteration Platinum, were enjoyable if slightly unremarkable instalments of the series that didn't offer much innovation considering their leap to a brand new system, the Nintendo DS. Standard extras came into effect, including a stronger focus on 3D visuals, hundreds of new Pokémon critters, and online connectivity for the first time, but this isn't enough to outshine the occasional lack of passion injected into the overall experience. Sometimes, things just get a little too bland for my liking; though that's not to say these are bad games whatsoever. They obviously offer the same addictive experience and boast some pleasing visuals and music, alongside a reasonably entertaining narrative, and so while it can be slightly forgettable, it's still great fun for newcomers and dedicated fans alike.

However, this generation shines in a much stronger respect with HeartGold and SoulSilver, remakes of the Generation II games Gold and Silver which were easily one of my favourites of the series. These remakes brought in the same focus on 3D graphics, online connectivity, and expanded game design with the help of the Nintendo DS' beefed up hardware, and thus reconstructed an already fantastic experience in a remarkable fashion. They rank as some of the best that the series has offered in recent times thanks to Nintendo's careful handling to ensure they revamp them in the best possible way, staying loyal to the originals whilst building upon their already stellar success.

The very first Pokémon games - Red and Blue - already earn acclaim for kickstarting such an iconic series, and so they have a legacy that will never fade. Here, players were introduced to Kanto, the first region of Pokémon, where a young trainer ventures out to become a Pokémon master, overcoming numerous hurdles and challenges along the way. Perhaps they haven't aged as well as we all think, mainly due to some laughably bad sprites that barely resemble the official artwork, but their classic retro appeal and innovative nature remain impactful to this day and make them treasured classics that always yield a nostalgic charm.

A couple of years after Red and Blue, Nintendo launched Pokémon Yellow, which featured Pikachu as your starter Pokémon, a different colour scheme, and refined sprites that better resembled the original designs. There was a lot of promise in these changes, but it's bogged down by starting with a Pikachu that refuses to evolve - it seems this was done as a cute reference to the television series, and not as a sensible game design. This is especially apparent when you realise that the first gym battle features rock type Pokémon, which electric Pokémon are useless against. The same great game, but it just gets off to a bumpy start. 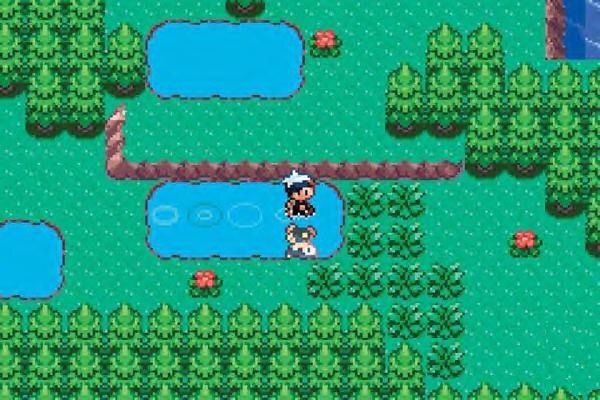 Generation III featured Ruby and Sapphire, and Pokémon Emerald. Over 130 new Pokémon were introduced in the Hoenn region, where a young trainer once again ventures on his first quest to explore the Pokémon world, coming into conflict with Team Magma and Team Aqua in the process. These evil teams wish to awaken the legendary beasts known as Groudon and Kyogre to rid the world of land or sea respectively. In a narrative sense, this generation is surprisingly thoughtful and complex - and, without a doubt, incredibly exhilarating. The narrative evolves into something truly epic as it approaches a major climax, making it undeniably one of the most entertaining of the entire series. It's also got all the staple trademarks that we've come to love over time, including some fab new Pokémon designs, superb visuals and music, and an equally addictive gameplay experience.

Pokémon Emerald built upon the successes of it's predecessors with some extra gameplay features and aesthetic changes, notably animated sprites, which became a standard practice for the series from here on. It also includes the Battle Frontier, a competitive landmark littered with numerous arenas that host unique battles with a number of tough trainers, truly putting players to the test once the main quest is completed. As a result, it's certainly the best of the three. This generation also featured FireRed and LeafGreen, remakes of the generation I games, which boosted their appeal with updated graphics and music, as well as an opportunity to catch Pokémon from the Johto region and trade with the Hoenn games to expand your Pokédex in them both. Thanks to this, generation III easily becomes one of the best in the franchises rich history.

Generation II introduced players to the Johto region, the neighbouring area of Kanto, and a world home to 100 new Pokémon. The story features the protagonist journeying as usual to become the best trainer possible, though along the way he comes into conflict as the evil Team Rocket make their return from the previous game and begin to conduct another sinister plan. It may sport a nostalgic appeal that somewhat overpowers the fact that it is slightly dated, but Pokémon Gold and Silver remain personal favourites of mine and have always been dear to my heart since the very day I began playing them.

Everything from the colourful visuals, vibrant music, excellent new Pokémon designs, and thoughtful, highly entertaining narrative make for one of the best retro portable experiences that any fan can ask for, and one that comes highly recommended to those who have yet to give it a go. It manages to feel a lot different from it's predecessors, thanks to fresh updates and suitable improvements. The third iteration of the series, Pokémon Crystal, brought even more new additions including updated, animated sprites and some new twists in the narrative, which made for the ultimate summary of one of the finest generations the franchise has yet demonstrated.

Generation V marked the first time that two Pokémon generations would span the same console, with Pokémon Black and White making their way to the Nintendo DS in 2010 in Japan and 2011 elsewhere. They brought a number of new updates to the formula that helped to refine it whilst keeping the same gameplay we all know and love. Battles became fully animated with consistently moving sprites, and even more varied with the advent of rotational and triple battles, which aren't always as fun as they sound but still unique in terms of strategic elements and design. There's also a much stronger emphasis on 3D visuals as a whole and a gargantuan lineup of new creatures - with 156 new Pokémon, Black and White introduced far more than any other generation, even the very first.

There's a stronger focus on story as the main character comes into conflict with Team Plasma, an interesting take on the classic evil team concept; these guys aren't out for world domination, but actually to free Pokémon from the control of humans, feeling they should be able to roam free without being forced into conflict. Strange thing is, they actually have a very good point - so fighting against them can make the narrative a little awkward at times, even though it is still an interesting, fresh take on the subject. As a whole, these games brought in just enough innovations to refresh an already fun (yet eventually slightly repetitive) gameplay style, and managed to exceed expectations in many other respects as well. I never got round to playing the sequels, but Black and White are enough on their own to make this my favourite generation to date.

Thanks for reading!
Written and posted by Comptinator at 4:39 pm