With nearly $3 billion in worldwide revenue, set only to expand beyond comprehension with this year's Ice Age: Collision Course, Blue Sky Studio's Ice Age franchise is the second highest grossing animated movie series behind Shrek. Though it generates most of it's earnings from international markets, it's still baffling just how much of a, er herm, mammoth this series really is, considering it's less than inspiring relationship with critics and certain moviegoers.

The series began in 2002 and is set to continue, again, with Collision Course, in July. In typical fashion, let's rank each installment, in a worst to best list that (not to give anything away) features more of the former than anything else.

The entire storyline of Ice Age: Continental Drift feels like an afterthought, written in seconds and used as a weak template to justify the existence of all kinds of stereotyped, try-hard comedic characters and an endless slew of outdated jokes. The main trio, Manny the Mammoth, Sid the Sloth, and Diego the Sabre, find themselves stranded amongst a pirate crew as the ice around them begins to melt and break apart - but they soon find themselves free and on a quest to return to their home and family. Incoming negativity aside, my personal highlight of the film is Peter Dinklage, who provides an entertaining voice for Captain Gutt, the film's occasionally amusing villain. Sadly, he is often trapped in a role that's burdened by little to no development and cliché dialogue; so while he is enjoyable, even his talent can't overpower the lazy writing.

The slapstick antics of Scrat the Squirrel aren't as funny as they once were, and most of the plot points are lazily recycled from previous entries, showing that the creators are pretty low on ammunition when it comes to generating original concepts at this stage. The animation is certainly pretty, but that aside, this is largely an unfunny, boring, cliché, and painfully rushed effort that has little to no redeeming factors for those outside the hardcore fanbase. 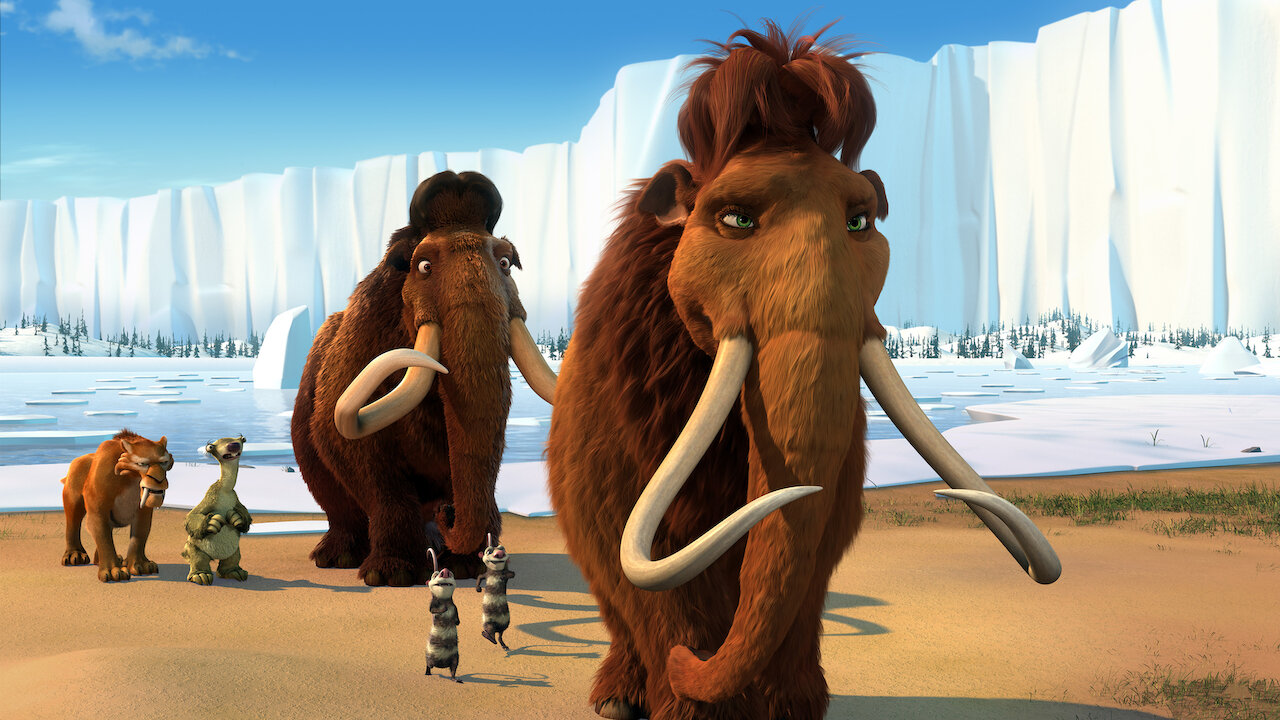 Ice Age: The Meltdown took the witty humour of the original and malformed it into something ugly, creating a film that's more irritating than anything else. Cheesy gags, ruined characters, and a generally monotonous narrative make this a sequel that showed the series was never meant to expand beyond even one film, let alone god knows how many will follow at this stage. Whether it's the predictable story, bland characters, painful comedy, irritating voicework from Queen Latifah, and her equally annoying possum-loving character Ellie, or her equally equally irritating possum brothers voiced by Seann William Scott and Josh Peck, there's really not much to crave here except for the occasional hilarious slapstick scenes with Scrat and his continuing lust for acorns.

It's a shame that series that began with a decent level of promise tanked into something so mediocre so suddenly, and while it was never going to be an Oscar winning, critically lauded franchise, it's still a pretty disappointing outcome to say the least.

Dawn of the Dinosaurs is a marginal improvement over it's predecessor thanks to the toned down annoyingness of Ellie and her possum brothers and the inclusion of the nicely animated dinosaurs, who bring their own appeal to the story with some fun set pieces and witty slapstick moments. For the most part, however, the story is still generic and dull, and some of the characters seem genuinely, well, out of character in certain scenes, making it difficult to get a sense of any consistency. Simon Pegg joins the cast as Buck, an adventurous weasel; while he is a talented man capable of delivering plenty of charm, his talent is often squandered on a slew of overly loud one liners and irritating, lightning fast speech. The character is also generally unlikeable, hampering any chance of us enjoying his attempts at comic relief.

To this day, Dawn of the Dinosaurs remains the highest grossing Ice Age film both domestically and worldwide, with $196 million in US earnings and $886 million globally. Clearly, the franchise continues to attract a gargantuan audience, but with the ever declining quality with each new installment, the explanation for this is a mystery. Dawn of the Dinosaurs has it's moments of humour and wit, but is often content to rehash tired animated film clichés and brings nothing new or compelling to the table, both for the franchise and the entire genre.


The original Ice Age doesn't provide the same wow factor as Pixar or Dreamworks when it comes to the technical prowess of the animation, and it's certainly a little derivative, but it's without a doubt the best and, as we've gathered by now, the only good installment of this now tired series. The plot is nice and simple, but still surprisingly nimble in certain areas, and the main trio consisting of Ray Romano, John Leguizamo, and Denis Leary all yield their own comedic appeal within their likeable roles. Sid the Sloth, voiced by Leguizamo, can grate on the ears a bit during certain scenes, but he still provides a lot of the film's steady comic relief, and is shown to be a somewhat deeper character, albeit very briefly, in some surprisingly touching scenes.

The misadventures of Scrat the Squirrel, frequently intertwined with the main narrative, provide some of the best slapstick gags seen in an animated feature, but thankfully don't outshine the main story and characters themselves - as was the case with the sequels. Again, it's a simple animated effort, not offering anything overly remarkable when it comes to technical innovation or boldly original storytelling, but the creators still managed to create something thoroughly enjoyable for audiences of all ages from a simple, loveable premise.

Thanks for reading!
Written and posted by Comptinator at 5:26 pm