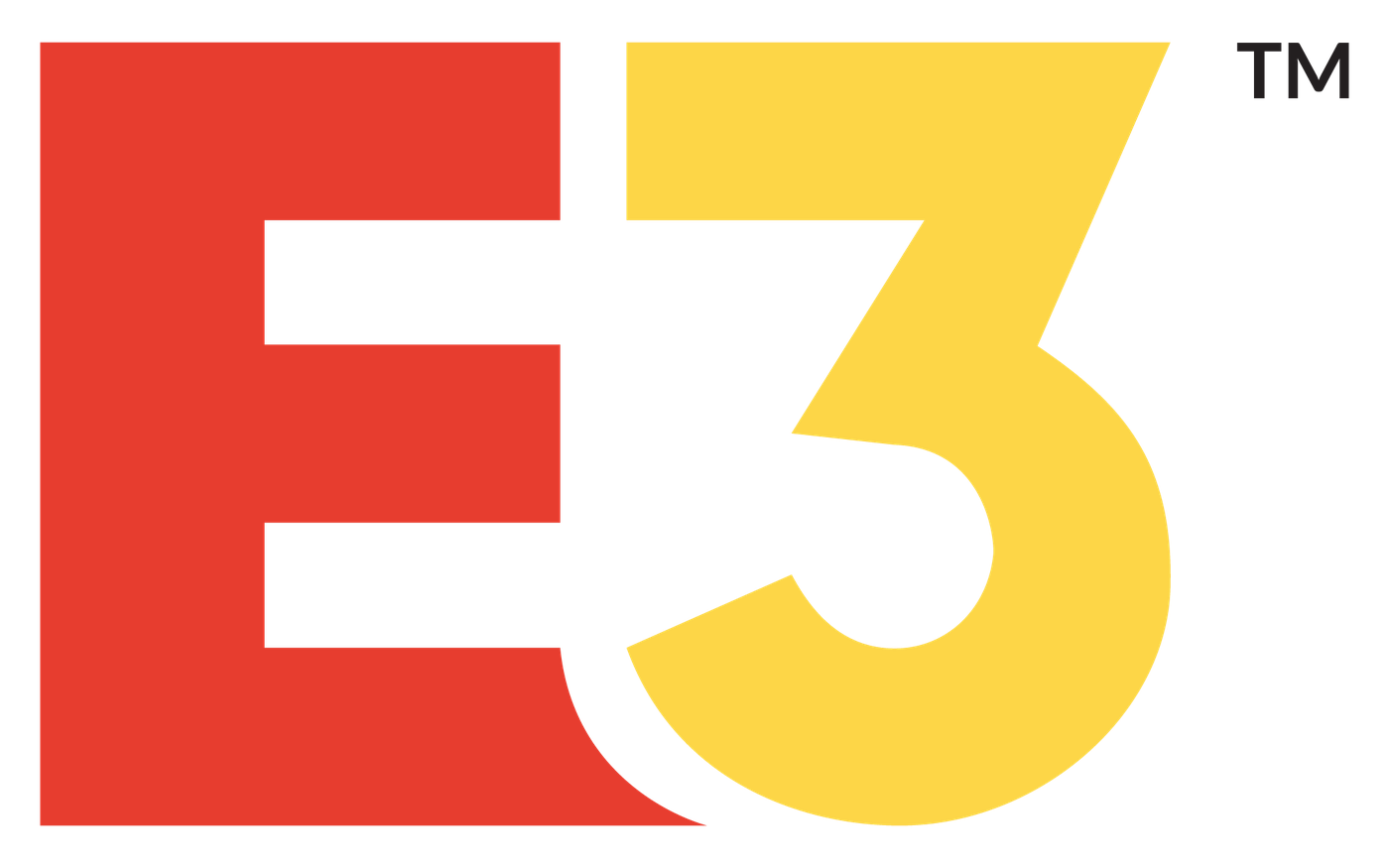 E3 2010 is widely considered to be one of Nintendo's best presentations, with a substantial showcase of renowned upcoming Wii titles (GoldenEye, Donkey Kong, Skyward Sword) and of course the official unveiling of the 3DS, the successor to the DS line of handheld consoles, as well as its terrific third party support and built in features.

E3 2011 for Nintendo really generated hype a few months back when rumours began circulating the web about an upcoming successor to the Nintendo Wii codenamed "Project Café". The console was rumoured to have HD graphics, a standard game pad spiced up with a six inch HD touch display and a lineup of games that promised to recapture the hardcore market. Eventually Nintendo officially announced the system, and planned to unveil it at E3 2011.

This formed the bulk of the hype toward Nintendo's 2011 E3 conference, but after viewing it myself, there's plenty of other things for Nintendo fans to nerdgasm over. So, here's my personal thoughts on the conference and the stuff that was shown off during it. 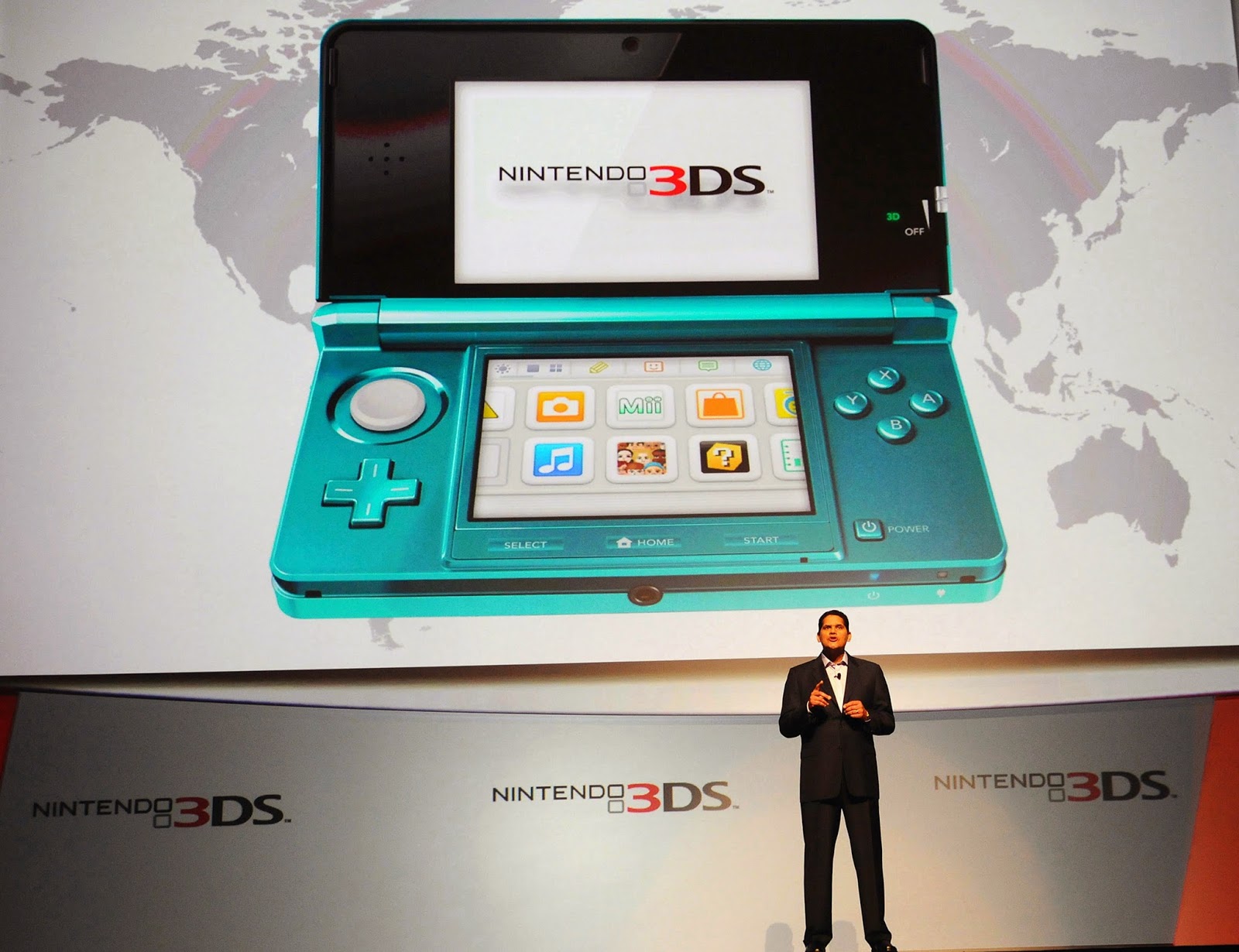 The 3DS once again had a significant role in the presentation. New trailers appeared for Mario Kart 3DS, Kid Icarus: Uprising and Super Mario 3DS, all of which looked splendid. Mario Kart 3DS' trailer depicted the new inclusions to the series, including hang gliders to glide over large gaps in courses, underwater propellors for subaqueous terrains and customizable karts. It certainly doesn't steer away (pardon the pun) from the traditional Mario Kart experience it seems, but the additions to the formula should certainly help to spice everything up whilst maintaining the classic gameplay we all know and love. I'm also pleased with the inclusion of some retro courses, such as Maple Treeway from MKWii and Luigi's Mansion from MKDS.

Super Mario 3DS can be played from 3D and 2D perspectives, with various camera angles for different sections of levels. It looks vastly different from the Galaxy games mainly because the levels don't appear to be influenced as much by gravity, and it seems to play like a 3D Super Mario Bros. The Racoon Suit makes a return, as we all expected when the game was first shown at GDC 2011 in March. Overall it looks like a very promising first party title for the 3DS, and I highly anticipate its Late 2011 release. 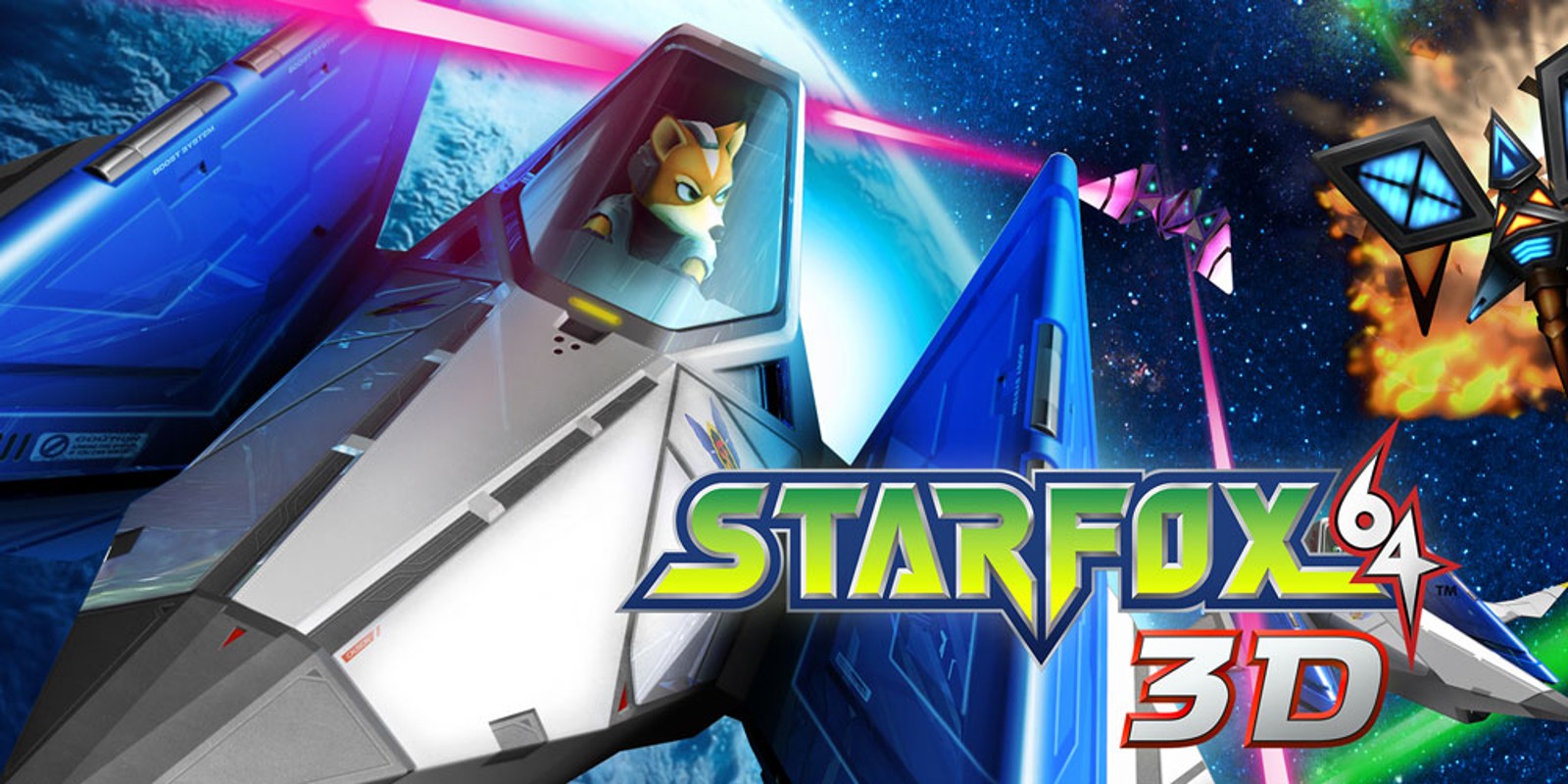 Star Fox 64 3D also had a noticeable appearance at the conference, where it was confirmed that the game would have controls that make use of the 3DS' built in gyro-sensor. By tilting the console, players can steer their Arwing. I'm curious to see how this will pan out in the end, but a bit nervous that hectic moments in the game will become tedious with the tilt control. It was also shown that the 3DS' front facing camera will capture the faces of opponents during multiplayer battles and display them, similar to the headshots of the various in game characters that appear in the single player. The game looks like it'll play just like the N64 original, but with spiced up visuals and a smoother framerate, which will undeniably make for a better experience.

Kid Icarus: Uprising looked pretty sweet as well. The trailer shown at this conference presented the combat mechanics we've seen before, along with the multiplayer modes and AR card battles. It looks like the game will make good use of the 3DS' hardware, and although it's not top of my 3DS must buy list, I'm certainly looking forward to it. 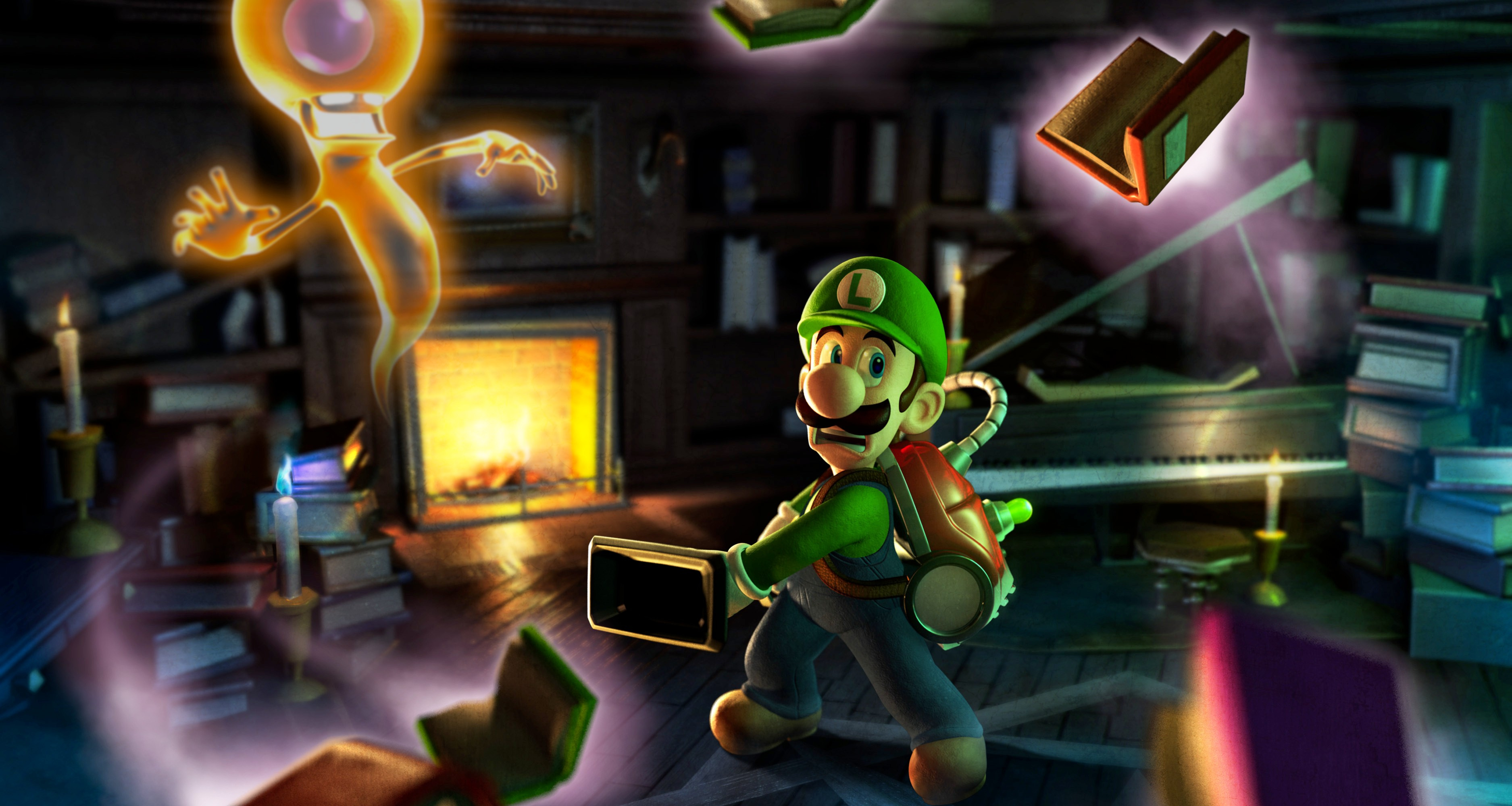 In terms of new 3DS software, Nintendo showed off a trailer for Luigi's Mansion 2, a successor to the original Gamecube game. The original game was programmed to utilize stereoscopic 3D effects, so this sequel seems like a perfect fit for the 3DS. The game seems to have the same creepy vibe of the original and similar gameplay mechanics, but will also have several new mansions for players to explore, which is a promising inclusion. Whilst I'm not exceedingly fond of the original, this really does look like a brilliant 3DS title.

I save the best for last. My most anticipated 3DS title, Paper Mario 3DS, was also given a new trailer for E3 2011. Safe to say it looks brilliant, utilizing the game mechanics in the previous instalments (which were all great IMO, especially the original two) whilst adding some new things of its own. The levels also look very creative, and will certainly make good use of the 3D depth effects.

The beautiful thing you see above is the official successor to the Nintendo Wii, named the Nintendo Wii U. Yeah, I'm still a bit unsure about the name as well, but you can't deny that the console itself certainly looks nice. It will also boast a promising lineup of games including a new Smash Bros. (which will also make its way to the 3DS), Batman: Arkham City, Assassins Creed and much more. Whilst I was hit hard with disappointment when no Nintendo first party titles were displayed, the third party support does look rather robust and promising.

The controller is of course the central focus of this console, just like it was for the Wii. The controller contains two analogue sticks, bumpers, a D-Pad, four main buttons, a front facing camera and some other stuff, as well as a six inch touch screen display. This display can be used to show streamed content from the console and many other things. This of course warrants the reaction that it is merely a gimmick; and I myself am still unsure of just how things will pan out. The controller looks bloody huge, and all these built in features may amount to a hefty price. I can't make a judgement just yet as there's many more things to come, but I can say at this stage that I am both impressed and disappointed with the Wii U. Hopefully future announcements can change that.

Overall, a solid conference from Nintendo. I was impressed with the quality lineup of software for the 3DS and the number of events Nintendo are planning to celebrate Zelda's 25th anniversary (concerts, Four Swords on DSi). The unveiling of the Wii U yielded mixed results, but I'm confident that things will get better as we progress to its release date, which is 2012.

So those are my thoughts. Hope you enjoyed reading!
Written and posted by Anonymous at 7:08 pm