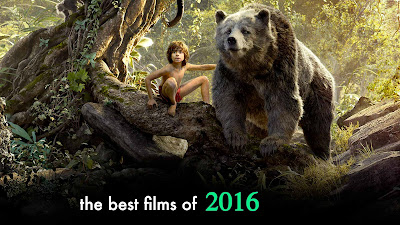 Well, we've covered the bad stuff already, so before another year comes to an end, let's have a look at some of the best movies the past 12 months had to offer... 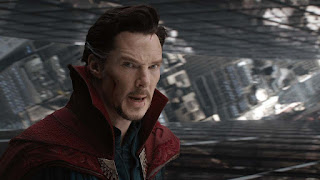 The first MCU film to introduce a new character since Ant-Man, Doctor Strange features Bennedict Cumberbatch in the lead role doing an impressive American accent for a start, though I'm sure it's not too difficult for a star of his calliber. I digress; focusing on the main hero and his eventual exploration of the supernatural to cure his lifelong injuries, Doctor Strange is made more enjoyable thanks to a welcome change in tone and style from other recent MCU installments, and thankfully doesn't try and spend too much of it's time forcing other MCU references into the narrative in order to make it naught but an advertisement for the next Avengers ensemble.

Doctor Strange has the story to match it's compelling action sequences, and whilst is starts off at a pace that may seem a bit too fast and occasionally abrupt, this is a short lived issue and soon the film becomes just as focused on it's characters as it does it's stunning visual effects. The later acts of the film are where said visual effects truly evolve into something that's not only beautifully designed and rendered, but also unique in terms of style and variation. Mads Mikkelsen also shines as a threatening and likeable yet unlikeable villain - essential for such a major film of the genre, and this adds up to an exciting rivalry between him and our leading protagonist, and thus a story that's more and more exciting as it continues to unfold with new twists and turns. 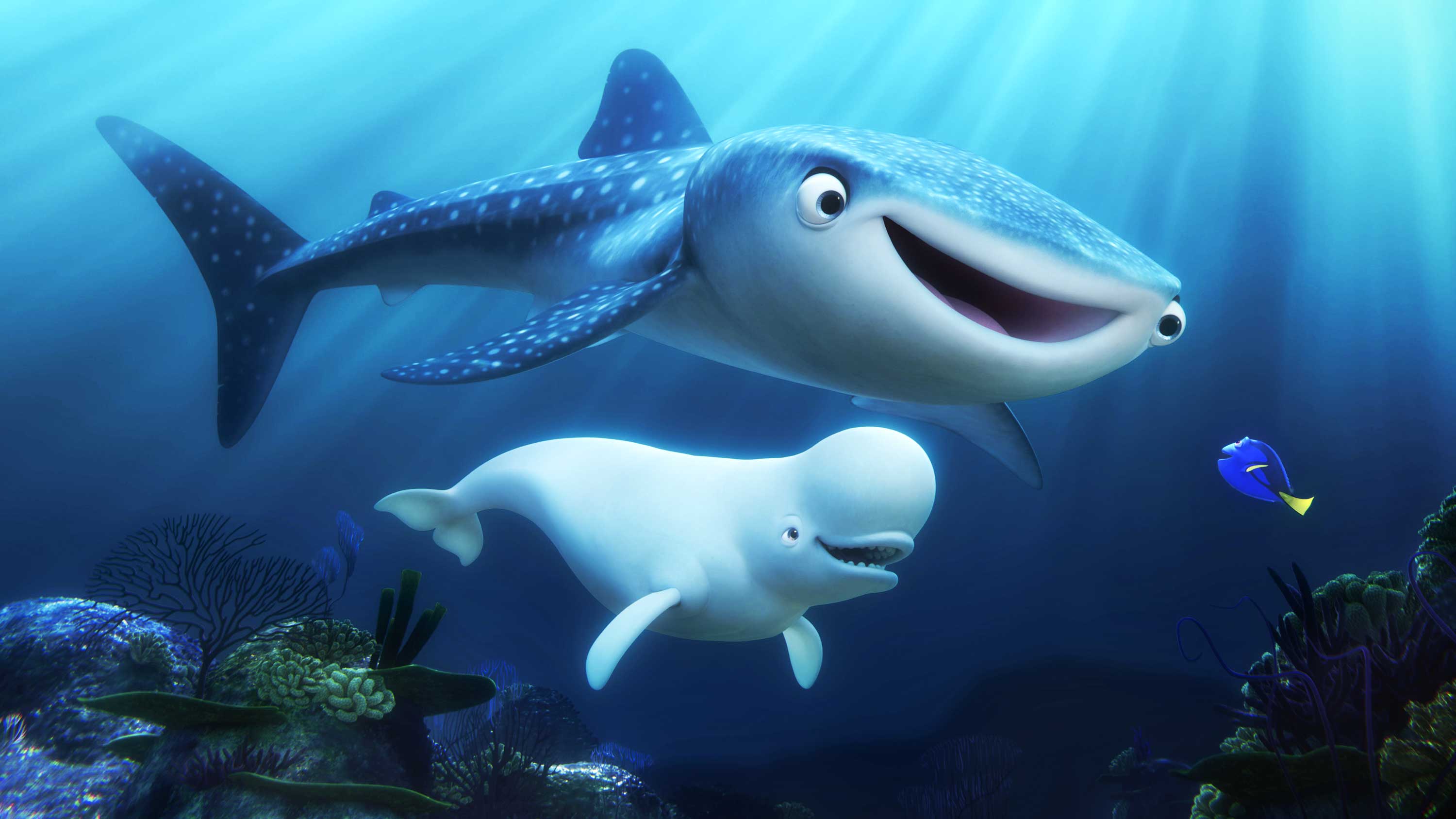 Finding Nemo was perhaps the Pixar film that, alongside The Incredibles, people have longed to see a sequel to the most - and upon it's announcement in 2014, hype for Finding Dory was as big as expected. The film now ranks as the highest grossing animated film in the US (before adjusting for inflation) and one of the highest earning worldwide. The story of course follows the origins of Dory, not only providing more info on her entry into the original film but also leading a new narrative to find her long lost family, whilst getting stranded in an aquarium on the way that turns out closer to home than initially thought.

Alongside trademark beautiful animation that you expect from Pixar, Finding Dory also has a clever and touching story that shows genuine effort went into crafting this sequel as far more than just fan service or a quick attempt to generate some easy profit. The newly developed backstory may slightly retcon events from the original film, but this doesn't feel forced or weaken the narrative of either this or the original, and what we get is a solid focus on Dory's history and a new adventure for her that develops her already loveable character in a thoughtful way. The new supporting characters are equally as entertaining, and whilst Marlyn and Nemo aren't as much in starring roles this time round, they're thankfully not shunted to one side and awkwardly ignored for the majority of the film, still playing important roles and feeling naturally integrated into the overall plot. Consequently, this again doesn't feel like cheap moneymaking tactics or mediocre fan service, but the thoughtful, passionate, and hilarious sequel that the original deserves.

Deadpool became quite possibly the most surprisingly successful film of the year with all expenses accounted for, earning over $700 million globally on a budget of just $58 million; not even it's adult certification and the fact that Deadpool isn't exactly the most well known superhero could prevent it from earning a gargantuan profit for Fox. With Ryan Reynolds in the lead role, Deadpool achieves a perfect balance of being an epic superhero flick and an equally hilarious fourth wall breaking comedy that doesn't hold back when it comes to many controversial jokes.

The story isn't too complex or overly obsessed with establishing more shared universe stuff, which is a refreshing change from recent films of the genre. Whilst it of course refers to it's neighbouring X-Men franchise and will contribute to it's development, it still focuses on the eponymous hero in a consistent and well paced manner, developing him as a likeable and, surprisingly, occasionally relatable hero that Reynolds handles with a fantastic performance. Alongside said humour, the film is also home to a number of exciting set pieces and some impressive effects considering it's significantly lower budget compared to most modern blockbusters, equating to a fast paced, exciting, and hilariously profane superhero experience.

Another surprising hit of the year, Zootopia topped $1 billion worldwide as it neared the end of it's theatrical run despite not being an adaptation or sequel of any sort; something that even animated films require a lot of the time to acquire such takings. The film takes place in the titular city inhabited by anthropomorphic animals, focusing on newly appointed police officer Judy Hopps (Ginnifer Goodwin) and experienced con artist Nick Wilde (Jason Bateman) and their unlikely partnership to overcome a mysterious criminal case.

To comment on the animation is, again, a samey sort of deal, as you expect nothing less from Disney these days - aside from the quality of the finished graphics and fludity of the character movements, what makes this film such a compelling visual treat is it's overall art design. Zootopia uses it's unique premise to create a world which is vibrant and witty when it comes to visual gags, but doesn't overdo it to the point where we simply watch modern technology references and nothing else. At it's core, the film boasts a clever and well paced story, unveiling a number of interesting twists that Disney have been known for in their recent animated hits. Such a story is further brought to life by some fantastic voicework, particularly from our aforementioned stars, and their equally well developed and relatable characters - adding up to another modern Disney classic that's entertaining for audiences of all ages.

This film was one of my highest reviewed back in April and my favourite when revising my 2016 anticipated list, and even now I have to keep it as my favourite film of the entire year. Once again, it turns out so good that it makes it hard for me to go back and enjoy the 1967 animated original - the story and many of the characters are reimagined with a new modern perspective, and one that manages to achieve the balance between being enjoyable for all demographics whilst also carrying some deeper themes and displaying some darker, more intense moments that the original never came close to having.

Of course, one of it's most compelling factors is the outstanding usage of CGI used to craft the main animal characters - this, again, isn't good just because of it's realistic appearance but also because of how much energy and personality these characters show, being more than just animals with moving mouths. Such an accolade is also achieved through the masterful vocal performances, prominently Ben Kingsley and Bill Murray in starring roles, and especially Idris Elba as villain Shere Kahn. Easily Disney's best live action effort by far, and quite possibly one of my favourite films of all time.

UPDATE: This post has now been adapted into a video for the gaming channel ProjectFalconPunch! Check it out here!
Written and posted by Comptinator at 4:38 pm