Here we have the final post covering the 30 films I watched throughout April as part of the 30 day film challenge.

It goes without saying that Quentin Tarantino is widely seen as a filmmaking god; his name alone is a strong enough marketing tool to attract audiences who may not normally be interested in the various genres he explores. Django Unchained currently remains his most successful film yet, and while I can't deny it has plenty of things that deserve praise, be it the strong performances or amusing humour, it's also a film that I find far too long, often boring, and somewhat repetitive when it comes to its many excessively violent set pieces. I'm not as big a fan of Tarantino compared to most, and Django was merely another one his films where I'd be shocked to discover that there's nearly an hour of runtime left when it felt the end was indeed approaching.

I was very keen to see Iron Man 3 based on how epic it looked in the trailers, primarily thanks to Ben Kingsley's role of a seemingly intimidating antagonist known as the Mandarin. It was thus a huge shame when a plot twist revealed his true character to be nothing more than a daft actor hired by the film's real villain, Aldrich Killian (Guy Pearce), to misdirect the eponymous hero as part of his evil scheme. This alone greatly annoyed me, but it was even more of a shame to see the majority of the film adopting a fairly silly tone that often exploited a cheesy sense of humour. It's a fine example of deceptive marketing, considering how well the trailers conveyed a sense of urgency and spectacle within the narrative. A great shame.

What a charming condition...

But alas, although 2001: A Space Odyssey received mixed reviews upon its initial release, it is now widely deemed one of late director Stanley Kubrick's best films and one of the most impressive artistic works of the 20th century. Much of the critical praise is aimed at the film's interesting attention to scientific detail, as well as the beautiful imagery within its outer space setting and the remarkable special effects for its time. Perhaps its not always consistently entertaining, in fact it does drag now and then and occasionally feels somewhat unfocused, but overall its an impressive piece of work that certainly had an effective and lasting influence on the science fiction genre.

I received this film on VHS as a Christmas present in 2000, at first believing it was a recent release that I would be one of the first to watch. Many years onward I of course discovered that it was released in cinemas that summer; it was both an interesting and devastating discovery. While my 25 year old self can't deny that the film is incredibly flawed, with a fairly daft story that fails to do the source material justice, my six year old self still absolutely adored it from start to finish. It would've been great to have seen it all on the big screen, considering I was always one of the biggest Thomas & Friends fanatics.

Taking place almost 2000 years ago during Ancient Rome, Gladiator features Russell Crowe as a warrior reduced to slavery who seeks to avenge his murdered family, ultimately training as a gladiator to do so. While it's a fairly simple revenge story at first glance, there's still plenty of thoughtful development and political subtext within the narrative as it proceeds; this all helps inject more depth into the setting and characters without creating any needlessly complex plot threads. Such merits are further bolstered by a lineup of superb performances, primarily from Crowe himself, and a number of exciting set pieces that confidently show the true brutality of the Roman era. While its near 3 hour runtime isn't always justified, it's still an entertaining story that provides a rich depiction of a notable part of human history.

Life of Pi easily remains one of my favourite films in recent times. It's a fine piece of work when looked at from every angle, boasting an inventive story, a remarkable lead performance from Suraj Sharma, and of course some incredible special effects that bring its unique premise to life with flawless results. It comfortably blends adventure, humour, and heartfelt drama, perfectly balancing the overall vibe of the story so as to avoid any abrupt tonal shifts, keeping audiences consistently entertained and intrigued. Many moments left me in awe, with others making me laugh and some almost leaving me in tears. Having never read Yann Martel's original book, I of course can't judge the film's faithfulness, but I'll still always consider it a noble accomplishment regardless. 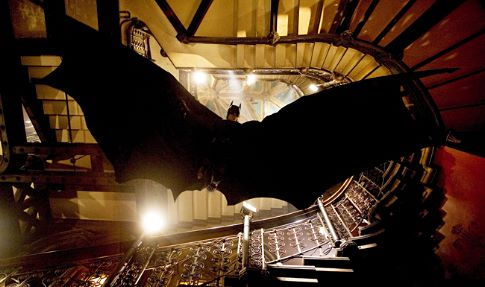 Christopher Nolan is of course one of the most acclaimed directors in modern times, with his non conventional influence on mainstream Hollywood cinema paving the way for some remarkable works across multiple genres. The renowned Dark Knight trilogy stands tall as one of his finest works in the eyes of many, and while 2008's The Dark Knight is widely considered the very best, my personal favourite would be the title that started it all: Batman Begins. It's a strong and engaging origin story, with a talented cast, some thrilling action sequences, and of course an aesthetic that perfectly crafts a dark universe that's fitting for our titular hero. The dismal depths of Gotham City's slums are an eerie setting to behold; the city stood out nicely as one in a true state of turmoil, burdened by crime and human corruption. Nolan's focus on practical effects over extensive CGI lead to some fantastic results, giving everything a far more natural aesthetic with great attention to detail. A compelling watch, and a visual treat without a doubt.

Films adapted from Dr. Seuss' works are never the most entertaining I feel, and The Cat in the Hat is perhaps the very worst of them all. It's boring and unfunny, but what makes it such an uncomfortable watch is the design of our eponymous mischief maker, played by Mike Myers. It's an unsettling combination of human and feline characteristics, making him downright weird to look at and somewhat freaky when he goes into his more manic phases. Both this and 2000's The Grinch proved beyond all measure that the zany aesthetic of Dr. Seuss' works just doesn't translate well to a live action setting, and so it's great to see no more attempts have been made since. 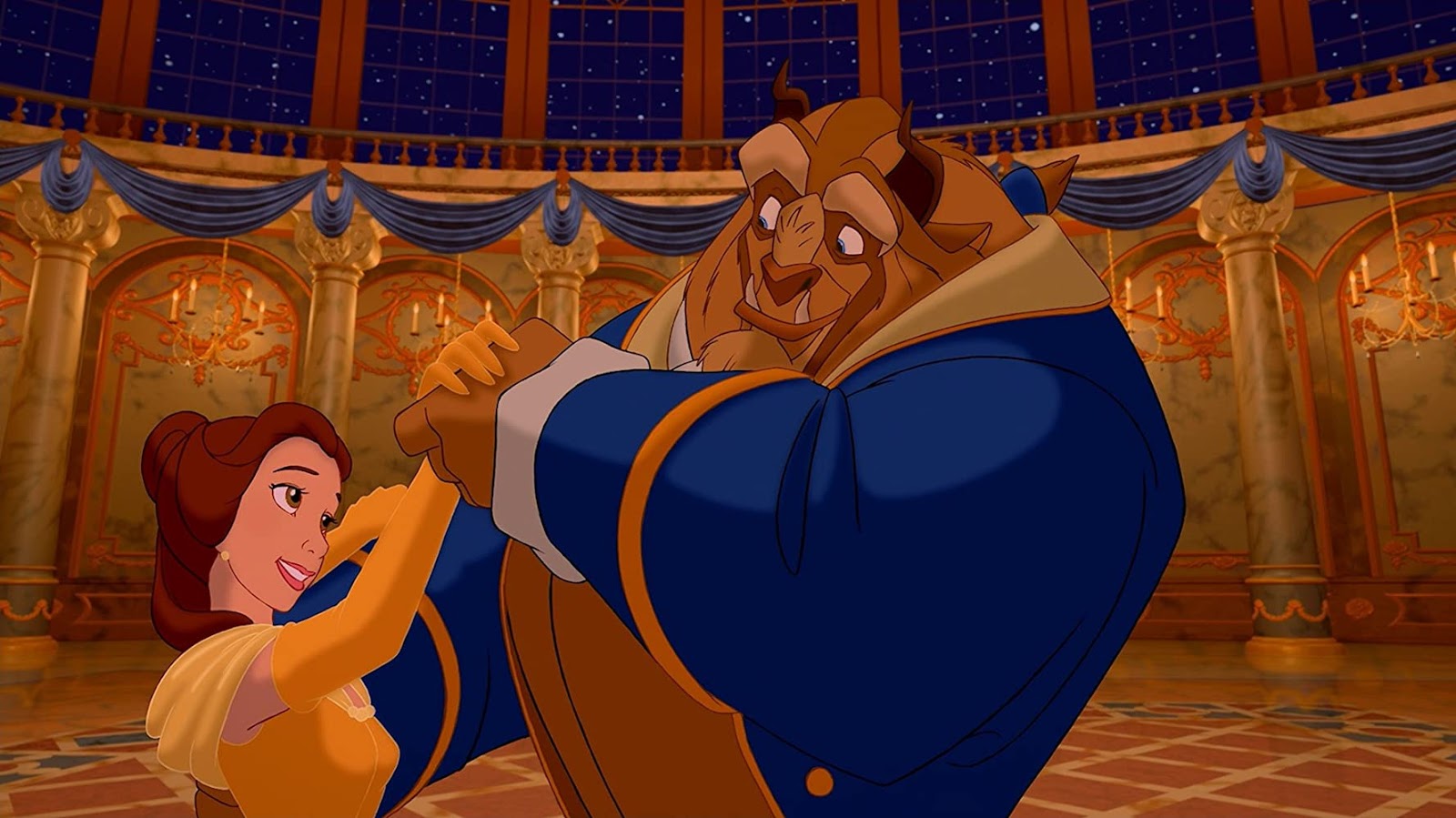 Easily one of my favourite Disney films to date, Beauty and the Beast has a romantic relationship between our lead characters so touching and heartfelt that it's incredibly difficult not to be left in a loving mood yourself once it's over. This is a story that's simple enough for younger audiences, yet also one with plenty of depth and fitting character development; one of course can't also dismiss the gorgeously drawn animation and incredible music, be it Alan Menken's top notch score or the remarkable songs performed by a lineup of talented Broadway artists. It's a loving tale that once again ranks as one of Disney's very finest, and certainly their most romantic by a long shot.

Super 8 isn't the most memorable sci-fi film, but it still offers a fairly enticing story with a decent balance of tension and drama, and definitely has an impressive ending to boast about. This ending sees the alien, itself largely unseen throughout the film, forming its spaceship high above the streets, soon leaving Earth to return home as many citizens watch in awe. It's a combination of rich visuals, beautiful cinematography, and strong performances, all of which is then complemented by Michael Giacchino's superb musical score. It's a film I hadn't watched in quite a long time, and although much of it I didn't remember too well, the ending always sticks with me as a beautifully structured and fitting conclusion to the overall story.

Thanks for reading!
Written and posted by Comptinator at 5:12 pm