CarrCom Blubs - The Map of Five 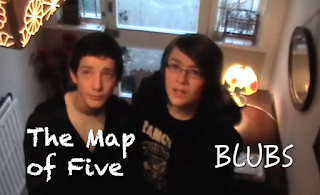 We've explored the few blubs in the first CarrCom production, so now it's time to move over to the sequel: The Map of Five. This film had a lot more room for such errors due to more locations, characters and narrative elements, and with a dreadful script alongside atrocious acting, it couldn't be more apt to have its own blub list...

A much bigger one this time round, but that concludes this week's blub list! Next time we'll dive into the mistakes of The Reign of Five, the final film in this masterful trilogy.
Written and posted by Anonymous at 10:12 pm