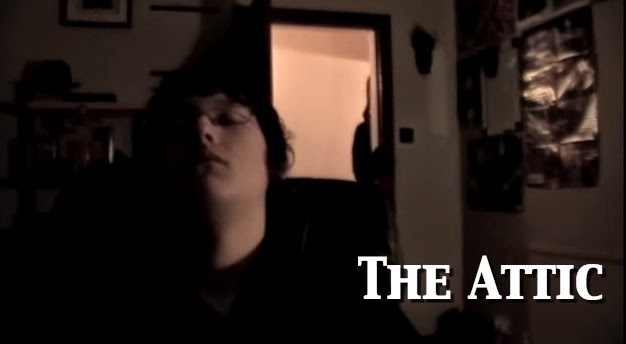 So we've already covered the timeless Five trilogy, but now it's time to move onto something that actually has a plot, decent acting, actual atmosphere, unfunny villains...sorry, got carried away. Let's move onto the blub list of The Attic, CarrCom's biggest and most acclaimed film to date! We shot over 2 hours of footage for this monster and it was cut down to a 45 minute film, so there's plenty of room for stupidity.

Wow, the biggest blub list of them all! That concludes the CarrCom Blubs blog series until next year, when Nightmare shall get its own list (of course it needs finishing first). Thanks for reading!
Written and posted by Anonymous at 9:29 pm